OPINION: How to Overcome Corruption in Nigeria 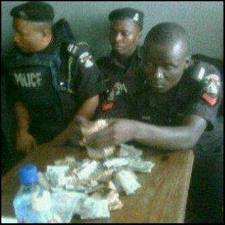 Corruption comes in different ways at different levels. Corruption includes stealing of public funds meant for development, misappropriation of funds, refusal to release funds for projects that would be of importance to the public, illegal appropriation of funds to an institution in a legal way for personal aggrandizement and for people’s cheap favour and so many other ways that hamper the growth of economy.

Corruption is a monster to economy. In Nigeria, corruption has almost become a norm, culture that people have accepted to be the way things are done. In Nigeria today,
public properties are seen to be free that anyone can take without questioning. The moment one gets to a particular office, one thing that starts running through his mind first is how to steal money. This is not only done in government offices, but also in private sectors.

Stealing money has permeated the psyche of every Nigerian that everybody steals without taking second thought. In schools among unionists they steal without any recourse to accountability, even class representatives steal freely. In any group where money is involved, leaders of such group device ways of stealing the money. The subjects can no longer trust their leaders any more even among religious groups.

It has almost become practically impossible in Nigeria today to get a job without first of all paying huge amount of money depending on the nature of the job. Though people at the hem of affair may deny it, we know it is true because our friends, and relatives are always paying this money everyday and we are seeing it. For you to enter an office today in Nigeria the receptionist expects money from you if not he/she will frustrate you. People who are supposed to be behind bars walk about freely today because the judges who are supposed to sentence them were bought. Corruption exists at various levels; from small groups, large groups, institutions up to government.

At government level, the high level of corruption is stinking and devastating. It makes any right human being go mad. One will be shocked if his eyes are opened to see our past heroes in the land of dead weeping in amazement over the unthinkable corruption going on in Nigeria. It is unthinkable for a public man to steal as much as over 20 billion naira and would be fined seven hundred thousand naira (N700, 000) only. But where have these people got their libido, the heart to steal like this?. Our politicians eat with their two hands in the mouth and even the crumbs which the masses would have fed on, they mop it. The problem is that these people move freely and are not touched. They are worshipped as big men. They are too powerful than the institutions. Even the institutions that are supposed to question them are also affected by this virus.

Nigeria’s corruption is so precarious that citizens are tired and have run out of what to say. The legislature that is supposed to check these people is no longer different.

Nigerians have lost confidence in the legislators. Even when they cry out about people stealing money, what comes to Nigerians’ minds is that, it’s because they have not settled them financially. When our legislators say they want to probe an individual or organization, it is the means of getting their own share. When you see a legislator shouting, ranting and raging on the floor because someone has stolen big money, he is not doing that because he has a good heart for people. Such expression has a different undertone, and the under tone meaning of such expression is. “Oh, why is it not me that stole or carried that money”? It is a pain on him that he is not the one who has the opportunity to carry the money. That is why, whenever such person is appointed to probe a person guilty of stealing, he ends up being hunted because he might have collected his own share and then neatly packaged the case and threw it into the rivers and not minding who dies from such actions. That is the type of legislators we have in this country.

-        That anyone who is willing to be a leader in any capacity, president, minister, director in ministry, legislator down to councilor would not travel abroad for holiday, medical attention. If this is done, our leaders will build world class recreation or tourist centers that others would come and patronize. When they know that their lives hang in the balance they will use this money which they waste abroad to build standard hospitals. The money our government operators spend in six months on medical attention abroad is more than enough to build any type of standard hospital in Nigeria.

(To be continued)
Posted by DAYBREAK NEWSPAPER NIGERIA at 15:29